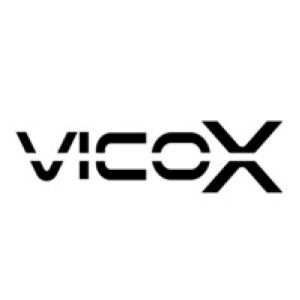 Tokenomics, a term that combines the words token and economy. Token, a unit of currency or token that is linked to blockchain technology; and economics, a branch of social science that studies the needs, generation and management of wealth.

Before explaining what this economy consists of, let's define what a token is and how it differs from cryptocurrencies.

To define what tokens are, we look for the closest similarity, poker. In this game, there are tokens or coins that have an economic value, only in that context, and that can be exchanged for real money. Therefore, a token is defined as tokens that have value within a private or proprietary project, which varies according to the value that the project generates for the company that created it.

Following this definition, we can say that tokens are part of an ecosystem in which there are all kinds of real assets from works of art, financial assets or even your favourite artist's song. That is the great advantage of the token economy, we can develop those poker chips virtually, in any context and give them a value.

Let's look at a simple example. A company can create its own token economy to motivate its employees. If they perform their jobs efficiently, or meet their sales targets, the company can reward them with tokens that they can exchange for particular benefits such as days off.

HOW TO CREATE TOKENOMICS

Tokens have different functions, with specific uses and different characteristics. But within a single project, tokens can acquire one or more of these categories, as they are not mutually exclusive. In other words, within a project, the token can be both platform and security at the same time.

Today, this digital economy may seem very futuristic, but with today's circumstances, more and more transactions are done online and digitally, so we cannot ignore this issue that is increasingly present in our economy.

Check out our latest publications

Article 5 of the Regulation of the European Parliament and of the Council determines the content and form of the cryptoassets white paper. In this, its first paragraph establishes that it must contain, on a mandatory basis, the following information: 1. Detailed description of the issuer and presentation of the main participants in the design and development of the project; 2.

Utility tokens - everything you need to know

A utility token is a token characterized by two features: its fungibility and its purely digital object. Tokens, data structures created and controlled by smart contracts, are the main mechanism for representing subjective rights in the new digital and decentralized economy. Although some sketches of them appeared in the Bitcoin protocol ...

Utility tokens - everything you need to know Read more "

How to buy land in the Metaverse?

How to buy land in the Metaverse? Read more "